Picking up where an earlier volume left off, a new book chronicles the Canadian plastics industry from 1950 to 2000. 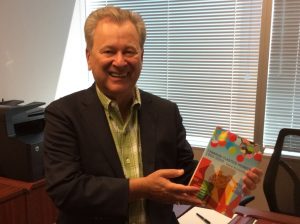 Waiting for a sequel can be torture. It took 35 years for Hollywood to film The Black Bird, a follow-up to the 1941 classic The Maltese Falcon, for example. Veteran members of Canada’s plastics industry can relate – they’ve had an even longer wait for a book to augment Pioneering in Plastics – Canadian Inventors and Innovators 1885 to 1950, a history of the industry’s earliest days written by chemist Donald W. Emmerson in 1978. Now, after almost 40 years, that follow-up volume is finally available.

The book was made possible by the CPP’s perseverance and fundraising activities – which is a tale almost as eventful as the industry story told between the covers. “The idea for this volume goes back almost 30 years,” said Ralph Zarboni, the head of the CPP’s Book Committee. “The CPP began assembling information for it in the early 1990s, and there were several unsuccessful tries at finding a writer before we found Kara about eight years ago. She wrote the majority of the manuscript, but then the funding dried up and the project fell into limbo for several years. CPP chairman Doug Winter always believed in the project, however, and after his death in 2015 I took over the job of fundraising and was able to get enough money from our members to allow Kara to finish the job.”

“This second volume provides a record of our industry’s people, activities, companies, and products, and their effect on Canadian society from 1950 to 2000, through five chapters covering each decade – our approach was to target applications and indicate how they enhanced our lives, and also to look forward to possible innovations of the 21st century,” Zarboni said. “A draft of the book was sent to some of the CPP members for them to review to double-check its accuracy. We’re very happy with the result.”

The 320-page book sells for $45, and the CPP is already taking pre-orders for copies. “We are having a book launch on September 11 at Magna Golf Course in Aurora, Ont.,” Zarboni said. “We will also have a Quebec launch at a time and place to be determined shortly.”