Brazil: A Promising Market for Canadians

The entire population of Canada is less than that of the state of Sao Paulo, which is Brazil's industrial hub and home to the country's largest city, Sao Paulo. Therein lies the allure of the Brazilia...

May 1, 2003 by Cindy Macdonald, associate editor 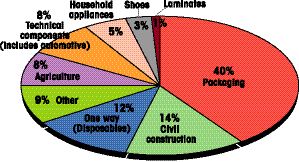 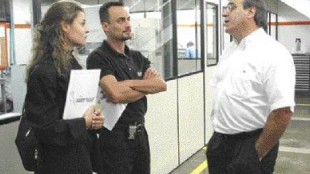 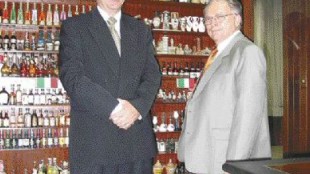 The entire population of Canada is less than that of the state of Sao Paulo, which is Brazil’s industrial hub and home to the country’s largest city, Sao Paulo. Therein lies the allure of the Brazilian market: 170 million people in a medium income, mostly industrialized, developing country. That potential has already been recognized by leading global businesses. According to recent surveys, more than 400 of the Fortune 500 companies have subsidiaries in Brazil.

“We see a lot of potential in Brazil,” says Patrick Bennett, director of marketing and international sales for hot runner manufacturer MoldMasters Ltd. (Georgetown, ON).

“Not many parts of the world are emerging with domestic buying power as quickly as South America. Brazil, Argentina and Chile form a large emerging market that is growing in appetite and sophistication.”

Unfortunately, success in Brazil is not as simple as translating sales material to Portuguese and shipping finished products.

“What you find most often in Brazil,” says Charles Perry, business development officer for the Canadian Consulate General in Sao Paulo, “is not actual export opportunities. It’s business opportunities. To do business in this country over the long term, you have to invest in a local network, spare parts and service. Many multinationals with operations here will request a local presence.”

The greatest potential in Brazil, Perry believes, is for sales of auxiliary equipment, primary processing equipment and software. There may also be potential for plastic processors and moldmakers to form joint ventures or strategic partnerships, or to acquire Brazilian subsidiaries.

“The local plastics industry is strong, but has limited access to capital,” notes Perry. Bank financing, if available, is at interest rates ranging from 25% to 27%.

“When Brazil opened its borders, companies that could invested in upgrades. But there are still many companies with low-tech machinery.”

Brazil has about 7000 plastic processors; 85% of those have fewer than 50 employees. (See chart below for market breakdown).

In addition to its own domestic market, Brazil offers a stable gateway to South America. Various Latin American customs unions have diminished or eliminated internal tariffs, and export markets are becoming increasingly free throughout the region.

As well, negotiations are ongoing for a Free Trade Area of the Americas agreement that will eventually eliminate barriers to trade and investment among all the Western hemisphere democracies, including Canada, the U.S. and South American nations.

Stephen Poloz, vice-president and chief economist with Export Development Canada, considers Brazil a stable economy, with good fundamentals to attract investors. “In five years, I expect Brazil’s economy will be growing faster than ours, and we will have some form of free trade agreement in place. With the free trade agreement, there will be a set of investment rules, which is the real benefit of such agreements.”

Although there was some investor concern over the new political regime which came to power last fall, Poloz says Brazil’s new president, Luiz Inacio Lula da Silva, has won back investor confidence, and “there’s no doubt that Brazil can resume a growth track.”

Canada has significant trade with Brazil in the machinery and resins sectors. The Canadian Consulate General in Sao Paulo reports that Canada’s exports of plastics processing machinery to Brazil totaled almost $10 million in 2002, with injection molding machinery and parts accounting for the largest portion.

Canada exported $6.9 million worth of molds to Brazil during this period.

According to the Consulate’s report, opportunities exist for Canadian companies that can supply:

A number of Canadian machinery and mold suppliers have been selling successfully in Brazil and Latin America for years. Their commitment to the market ranges from having a sales agent to trade show support to setting up domestic manufacturing capability.

For some products, Brazilian duties and taxes on imports can be punishing. However, these costs may be lowered considerably if the product being imported is not available from a domestic supplier.

Husky Injection Molding Systems Ltd. (Bolton, ON) has to contend with both extremes. On PET molds and some injection molding machines, the import duties are low. For hot runners however, the importer is at a disadvantage.

“Our hot runners can cost up to 40% more than competitive domestic products because of import taxes, transportation, etc…,” says Fabio Seabra, general manager of Husky’s operations in Brazil.

Husky’s solution is to rely on relationships, superior technology and a commitment to service and support.

“Your relationship is everything in Brazil,” says Seabra. “If two machines are the same quality, but one is slightly more expensive, the customer may buy the more expensive one if it is sold by a friend.”

“The decision-makers here are mostly the owners of the company,” he continues. “Therefore they don’t have to justify their purchasing decisions.”

High duties and import taxes, plus a corporate policy of investing in local production for key markets, prompted MoldMasters to set up shop in Brazil. Patrick Bennett, MoldMasters Ltd.’s director of marketing and international sales, explains that the duties and tax structure of Brazil made it hard to compete without domestic producer status. MoldMasters do Brasil began manufacturing about two years ago, and has steadily increased domestic content in its hot runners, to the current level of about 70%.

“One of the things we’ve had to work hard on is developing products that suit the local market and its technological capabilities.” The Optima Series of hot runner systems launched at Brasilplast in March is specifically designed for the South American market, and will be manufactured in Brazil.

FINANCING AS A COMPETITIVE TOOL

Another route to a Brazilian businessman’s heart is through financing. The volatile exchange rate of the Brazilian real, combined with a lack of access to capital, adds an element of risk to major purchasing decisions.

“Financing is critical,” agrees Adolfo Edgar of Macro Engineering & Technology Inc. (Mississauga, ON). “Even if your quote is the cheapest option, not offering financing could scuttle the deal.”

In Chile, for example, Edgar faces tough competition from a German competitor that can offer very attractive financing rates.

When doing business in Brazil, Canadians can expect more personal interaction and socializing with customers. “These people like to socialize more and get to know you better. That can make the selling process longer,” says Edgar. At most of Macro’s Brazilian customers, the purchasing decision is made by the company president, who is also usually the owner.

Bruce Lecky of Drader Injectiweld Inc. (Edmonton, AB) is a relative newcomer to the Brazilian market, but already sees promise there. He’s found the people in Brazil are “very willing to do business. They’re looking to grow and they will overcome
any obstacles to the sale.”

Plasticos Mueller: a Glimpse of How the Other Half Lives

The Plasticos Mueller plant in Sao Paulo, Brazil, is actually an interconnected jumble of buildings, hinting at years of piecemeal expansion. Mueller is one of Brazil’s few large processors, with two other manufacturing sites outside of Sao Paulo. Each plant houses about 40 injection molding machines.

During my visit to Sao Paulo for Brasilplast, I had a VIP tour of the plant, accompanied by Ricardo Max Jacob, president, Jos Pascoal Sangali, managing director, and Ademir Alavarse Bilha, general manager.

As we walk through the old buildings, I’m constantly asking myself “What’s different here?” The short answer is “Not much.” Aside from more manual assembly than you would see in a North American plant, and higher scrap rates, Plasticos Mueller could easily be Mueller Plastics or Plastiques Mueller.

There’s a mix of old and new machines, no central materials handling and few robots. The injection machines vary in size, the largest being 2500-ton units which are used to make sun visors for commercial trucks. Machines are mostly from Krauss Maffei, Battenfeld and the Brazilian manufacturer Romi.

One of our first stops is a well-equipped quality control lab, where a new DEA co-ordinate measuring machine is being programmed.

Back on the plant floor, we pass two operators testing and assembling an automotive cooling system component. The part is made of nylon. As it comes off the machine, it is placed on a cooling fixture. Then inserts are added by hand, and the second operator pressure tests the part while holding it underwater. It is then checked for dimensional tolerances and put in a tank of water where it must remain for 2 hours before further testing.

As we cross into the mold shop, general manager Ademir Bilha tells me Mueller no longer makes molds, but it aims to have “the best mold maintenance shop in Brazil.” Molds are sourced from a global supplier base of about 30 moldmakers.

A second long, narrow building houses most of the automated production cells. From here, Mueller turns out 130,000 printer housings per month for Hewlett-Packard. Also in this building are two manufacturing cells for the radiator coolant bottles produced using technology licensed from Gieger Technologies. The coolant bottles are spherical with structural channels and internal components. The various components are automatically hot plate welded, pressure tested, corona treated and printed.

Robots are also used for some of the business machine components, to ensure consistent cycle times and thus, more consistent parts.

The plant runs 24 hours, six days a week. Operations shut down on Sunday. Bilha says they have very little turnover among staff, and do most of their training on the job.

Moldmaker in Brazil Feels Margins Being Squeezed Too

Half a world away, a Brazilian moldmaker has the same complaints as his Canadian peers about serving the automotive industry. Carlos Paes, president of Fast Tools, describes his interactions with automotive clients as a love/hate relationship.

“The auto industry demands that you invest more in your company, and that increases your costs. And who’s going to pay for it? Not them,” complains Paes. “My customers don’t care if I have money to reinvest in my company, or to pay my workers.”

Fast Tools is a four-year-old moldmaking firm based in Jundiai, near Sao Paulo, Brazil, in a well-equipped, modern shop. As the name suggests, the company emphasizes quick turnaround. Paes says this is achieved by a combination of production processes and appropriate software (ProEngineer, WorkNC and SolidWorks). He boasts that Fast Tools can produce an instrument cluster mold 30% faster than the industry average.

The shop is very technically advanced, thanks to more than US$2 million invested in equipment over the last few years.

There’s a Mazak FJV 250 UHS high speed machining centre capable of spindle speeds up to 25,000 rpm. Another Mazak unit capable of 15,000 rpm and a payload of 4 tonnes is unique in Latin America, says Paes.

A lack of skilled employees is another problem shared by Canadian and Brazilian moldmakers. Paes was seeking 35 new employees last year. He ran ads in three major newspapers for three months, but finally had to hire youngsters fresh from SENAI, the country’s system of technical colleges.

Not all Brazilian mold shops are as advanced as Fast Tools. Patrick Bennett of MoldMasters says the level of technical expertise among Brazilian moldmakers has actually hampered MoldMasters’ hot runner sales.

“In the future, we’ll see more technical molds, especially in the automotive, white lines (appliance), and housewares segments,” he says. “More and more there’s a shift to technical components.”

According to Paes, Brazil produces about 4000 molds per year, and imports about 2000.