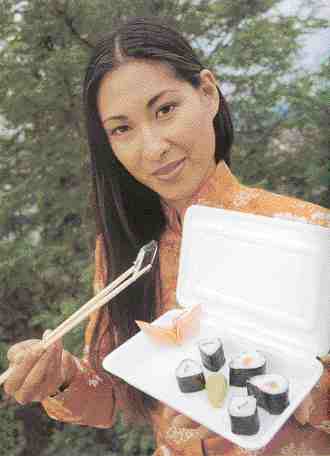 BASF's biodegradable Ecoflex was specifically developed for applications in flexible film, especially food packaging. The material can be used as a coating on expanded starch take-out trays and containers for protection against tears and fractures. The material possesses good wet strength and tear resistance which enables it to withstand fat, moisture and fluctuations in temperature. Ecoflex processes very similar to LDPE. It can be processed in the form of blown film, extrusion coating or cast film on conventional machinery.

Polyolefins producer Basell has announced the commercialization of a new polymerization technology it says will allow it to produce grades of polypropylene with unprecedented performance capabilities. Basell is spending approximately $30 million to retro-fit the technology, called Multi-Zone Circulating Reactor (MZCR) technology, into its 19-year-old, 180,000 tonne/yr. plant in Brindsi, Italy. The technology is expected to be commercial sometime in 2002.

The MZCR technology enables a higher level of phase distribution to be achieved through particle homogeneity. In the process, growing polymeric polymers are kept circulating between two interconnecting zones, a riser and a downcomer, which have different fluid dynamics. The increased frequency of particle oscillation through the two zones results in uniform, homogeneous grades of PP with expanded properties, according to the company.