By using microgravity to bioprint more complex structures, human organs can be created in space for patients needing transplants on Earth. 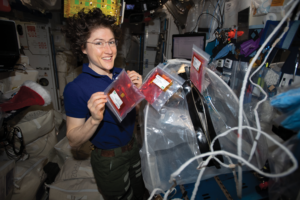 When the Northrup Grumman NG-18 resupply mission lifts off from Wallops Island, Virginia, for the International Space Station (ISS) early this month, it will be carrying an upgraded 3D bioprinter, the BioFabrication Facility (BFF), as one of its payloads.

The BFF is developed by Jacksonville, Fla.-based Redwire Corp., an aerospace technology developer, and the point of transporting it to the ISS is that microgravity provides a unique opportunity for companies to create everything from bioprinted organs to a variety of high-quality materials not achievable on Earth, because printing complex organ structures in microgravity eliminates the need for scaffolding to support complex tissue shapes. In a microgravity environment, researchers can expect more homogeneous and consistent layering; manufacturing in microgravity also allows them to avoid sedimentation of solutions and aggregation, which can produce thin films with fewer defects, higher homogeneity, and enhanced optical clarity.

Redwire’s goal is to use the BFF as a platform for researchers to print organ-like tissues and begin to prove viability for human organ fabrication in space, and the firm is working with the Uniformed Services University of the Health Sciences Center for Biotechnology (4DBio3), a biomedical research centre that explores and adapts promising biotechnologies for warfighter benefit, to explore how space bioprinting could help treat meniscal injuries, one of the most common orthopedic injuries affecting military service members. The BFF-Meniscus-2 investigation will leverage BFF and Redwire’s ADvanced Space Experiment Processor (ADSEP) facility, both launching onboard NG-18, to bioprint a human knee meniscus in space that will be studied in a lab following the sample’s return to Earth.

“BFF is game-changing technology that could have significant implications for the future of human health and patient care on Earth,” said Redwire executive vice president of in-space manufacturing and operations John Vellinger. “The ISS provides a critical testing platform to advance these cutting-edge technologies that are enabling critical investigations from commercial users and the scientific research community that will one day extend to future commercial space stations.”

3D bioprinting entire organs in space to benefit patients on Earth is a long-term goal for BFF. In the near-term, BFF is also a valuable tool for drug efficacy testing. BFF can print and culture organoids, an artificially grown mass of cells or tissue that resembles an organ. Researchers can test new drug compounds on these organoids and derive meaningful data which can greatly benefit drug development research, disease modeling research and tissue engineering approaches.