The Plastics Industry Association, the leading plastic industry group in the U.S., has come out in favour of the Republican’s new tax reform proposal, in particular its lower corporate tax rate.

In a Nov. 2 statement, Plastics Industry Association president and CEO Bill Carteaux gave his support to provisions in the Tax Cut and Jobs Act that would “help the new manufacturing economy, and assist our members in their effort to continue to succeed, grow and create jobs.” 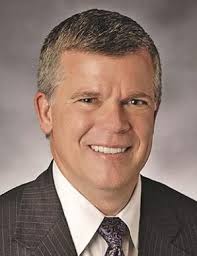 “Earlier this year during the 2017 Plastics Industry Fly-In, men and women from around the country who depend on America’s plastics manufacturing industry came to Washington to advocate for measures that would help create jobs and make their industry more globally competitive,” said Carteaux. “Among those priorities were a lower corporate tax rate, immediate expensing of capital investments, and the preservation of the research and development tax credit.”

“We look forward to continuing our work with the administration and bipartisan leadership in Congress as this important tax package moves forward in the coming weeks,” Carteaux added.