Stowar, a 42-year industry veteran, has worked in technical sales for the Nucon and Wittmann organizations in Southern Ontario for the past 30 years.

Muhammad Ali, most boxing fans agree, waited too long to retire; by staying in the ring well past his prime, he damaged his legacy. Bobby Orr, who hung up his skates at age 30, is a better role model in this regard: He left the game at the right time for him.

Well-known Ontario plastics machinery salesman Gord Stowar would rather be in this second camp. Which is why after 42 years in the industry – the last 30 with the Nucon and Wittmann organizations – the 65-year-old is retiring on June 29. “It’s a bittersweet feeling, and my last day on the job will be a sad one, but it’s time,” Stowar said. 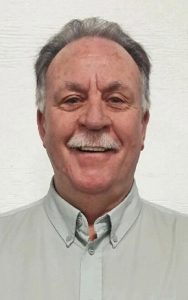 Like many plastics industry sales veterans in Southern Ontario, Stowar got his start with Toronto’s Mould-tek Industries Inc., which was then a leader in the field of bulk handling systems. “I worked for Mould-tek for 10 years, and then left to join Nucon Systems Inc. working for Len Miller, then stayed when it became Nucon Wittmann in 1999, and then worked in technical sales when it became Wittmann Battenfeld Canada,” he said.

For a salesperson, the plastics world was a different planet back then compared to now. “In those days, selling auxiliary equipment and processing machinery was much more personal,” Stowar said. “You built genuine relationships with your customers and usually got to know them pretty well. For me, a lot of my customers have become close friends, and I’ve always enjoyed spending time with them.” But that was then. “Today, it’s much harder to make the initial contact with a potential customer,” Stowar said. “Companies are short-staffed, which means that people are usually too busy for face-to-face meetings; they’d rather deal with you through texts and emails, which makes it hard to build a relationship.”

But while the playing field has changed, the rules haven’t. “Seventy per cent of business is repeat, and some people think that repeat business is automatic after the first sale,” Stowar said. “I disagree: service is the real key. The salesperson makes the first sale, but good service keeps the customer coming back.”

But even when the customers do come back, the actual faces can change – which is another factor in Stowar’s decision to retire. “The customer base changes over time,” he said. “I’ve been selling to some companies for 30 years, and the people I’ve actually been dealing with all this time are starting to retire now too – which I took as another signal that it’s time for me to go. Instead of me building relationships with new customer reps and then retiring in three of four years, it makes sense to leave now so a new generation of Wittmann salespeople can make these connections.”

To that end, Stowar has been training his two replacements for the past few months. Lisa Allong and Connor McCormack are both being promoted from within Richmond Hill, Ont.-based Wittmann Battenfeld Canada to fill Stowar’s shoes. Allong has been with the company since 2015, most recently as the parts/service coordinator; and McCormack was a member of the service team. “Different age groups tend to think differently, and Lisa and Connor will be able to relate to what the next generation of customers want, who are Millennials just like they are,” Stowar said. “They’ve both been on the road with me a lot lately, meeting customers and getting familiar with their sales territories, and they both worked as sales reps at the Wittmann Battenfeld booth at NPE2018, where they did great jobs.” 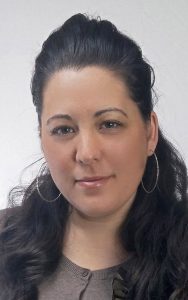 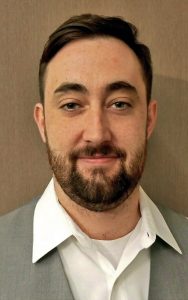 For Rob Miller, president of Wittmann Battenfeld Canada, Stowar’s retirement is bittersweet. “Gord is a good friend, and he’s also an outstanding salesman who’s been a valuable member of our team and a big contributor to our growth, so on both the personal and professional levels it’s hard to see him go,” Miller said. “But he believes it’s the right time for him, and Lisa and Connor are good fits to take over his territory.”

As for what comes next for Stowar, only time will tell. “I’ve never retired before, so I’m not sure what exactly I’ll do,” he said. “I have a young grandson that I can’t wait to spend more time with, and my wife and I would like to travel. And my friends are all retiring too, so we can all finally play as much golf together as we’d like. It’s a new chapter in my life, and I’m looking forward to it.”