The Vienna-based processing machinery and auxiliary equipment maker is responding by ramping up investment activities. 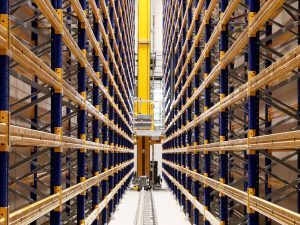 The company realized sales of 376 million euros (US$385 million) last year, despite what it referred to as supply chain problems.

In a statement, the company said that, in order to meet demand, it’s building a new 3,000-square-meter construction hall in Kottingbrunn, Austria. The hall will house a fully automatic pallet shelf warehouse with 1,700 storage locations, an assembly area for large and vertical machines, as well as a new electrical workshop. “Most of the construction work has now been completed,” the company said. “The assembly hall will go into operation at the end of July, the pallet shelf warehouse and the electrical workshop will be operating at full capacity by September.” And on the roof of the new hall, a solar power system is being installed, consisting of 1,604 panels with a total capacity of 651.8 megawatt hours per year.

Wittmann also said it has finished an expansion of its research and development facility at Wittmann Technology GmbH in Vienna. The company added new offices for 40 software and hardware developers with most positions filled.

In other recent investments, the group upgraded two technical labs that are part of German subsidiary Wittmann Battenfeld Deutschland GmbH, modernizing one in Nuremberg and expanding one in Meinerzhagen to perform factory acceptance tests, which will start this fall.

Another major investment project is under way in the U.S., the statement continued, with the commissioning of the last extension stage for Plant 1 of Wittmann USA Inc. in Torrington, Conn. “This will be an extension by 1,000-square-meters of the area for automation systems and complete injection molding cells, combined with further structural alterations, such as a solar power system consisting of 539 panels with a total annual capacity of 322.9 megawatt hours,” the company said. “Further extensions are also planned for the neighbouring Plant 2.” 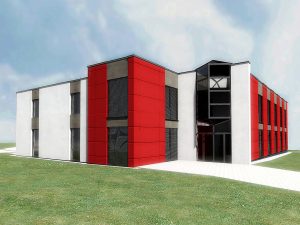