The amount of film recycled by U.S. and Canadian processors increased for the sixth consecutive year, with 69 per cent of the total amount collected and processed in the U.S. or Canada, the report from the American Chemistry Council said. 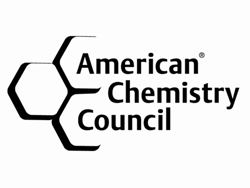 U.S. processing of recovered plastic film, bags, and wraps grew 10 per cent between 2017 and 2018, and collection of clear polyethylene film for recycling jumped 20 per cent for the year, according to a new report by the American Chemistry Council and produced by More Recycling.

The amount of film reported as recycled by U.S. and Canadian processors increased for the sixth consecutive year and reached its highest mark yet, with 69 per cent of the total amount collected and processed in the U.S. or Canada, and the remainder being exported. The amount of recovered film exported dropped by 19 per cent.

Overall, U.S. recycling of predominantly polyethylene film held steady, dipping just 0.5 per cent, or 4.7 million pounds, for the year. A minimum of 1 billion pounds of plastic film and bags were recovered in 2018, according to the report, which is based on surveys of North America-based plastics reclaimers, processors, key brokers and exporters.

“These data demonstrate an upward trend in U.S. plastics recycling and an ongoing recovery from the disruption of China’s Sword creating new opportunities in the U.S.,” said Keith Christman, managing director of plastics markets for ACC’s plastics division. “We’re tracking $5.2 billion in announced investments in U.S. plastics recycling infrastructure over the last three years, and as a result, we’re starting to see growth in domestic processing. Of course, more is needed, and our industry is working hard to continue this trend through investments, new technologies, and ongoing commitments to use more recycled content.”

Most of the post-consumer film is collected nationally, at large grocery and retail stores, ACC noted. In order to keep the material clean and dry for processing, plastic film requires a different collection stream from rigid plastics, such as bottles and containers, which are often collected curbside.

ACC has also released the 2018 National Post-Consumer Non-Bottle Rigid Plastic Recycling Report, which showed that domestic reclamation of non-bottle rigid plastics grew four per cent, with the most significant increase coming from bale commodities that were collected curbside or other commingled collection streams and then further segregated by resin. Since 2010, total non-bottle rigid plastic recycling has increased over 50 per cent with domestic purchases more than doubling during the same period.

Overall at least 1.3 billion pounds post-consumer non-bottle ridged plastic was collected for recycling in 2018, a 3.5 per cent drop from 2017.

“This year’s report shows the importance of continuing to modernize our domestic recycling infrastructure,” Christman said. “Advanced sortation equipment, combined with expanded access to recycling, shows that we can move toward more circular systems for using and reusing plastics.”