In a bid to expand production capacity in Canada and the U.S., Irish injection molder One51 has bought Encore Industries Inc., of Sandusky, Ohio, through its Saint Damien, Que.-based subsidiary IPL. 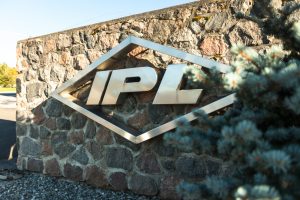 In a bid to expand production capacity in Canada and the U.S., Irish injection molder One51 has bought Encore Industries Inc., of Sandusky, Ohio, through its Saint Damien, Que.-based subsidiary IPL Inc.

The purchase price is US$35 million.

Encore is a producer of rigid plastic packaging products for the North American industrial packaging market with three manufacturing facilities in the U.S. in Ohio, Georgia, and Minnesota.

In addition, IPL also announced what it called “a significant capital investment program” of Cdn$36 million to expand its production capacity in both Canada and the U.S. to meet what it called “strong customer demand for its products and also to enter new market segments in the United States.”

“The acquisition of Encore and the capital investment plan being undertaken by IPL represents a significant opportunity for IPL to expand its geographic footprint and broaden its product offering across the growing North American rigid plastic packaging market – a key growth area,” Alan Walsh, One51’s group chief executive, said in a statement. “It also represents a significant step forward in One51’s continued growth in the global plastic packaging market.”

In addition to its Saint Damien site, IPL has manufacturing operations in Edmundston, N.B. and Lee’s Summit, Mo. IPL designs and manufactures products for the food and bulk packaging, environment, and material handling sectors in Canada and the U.S.

One51, which is headquartered in Dublin, purchased IPL in 2015, and owns 67 per cent of the company; the remaining 33 per cent is held by two Quebec investment funds.