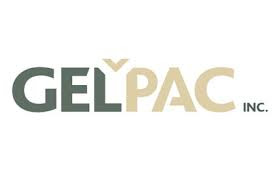 Namakor has appointed Alain Robillard, a manager described in a press release as having “extensive experience in the manufacturing sector”, as Gelpac’s new president and general manager.

Established in 1956 and headquartered in the Quebec town of Marieville, Gelpac makes flexible packaging for a range of industries, including the food, agriculture, construction, retail, and pharmaceutical sectors. The company employs 200 people in its three plants and manufactures and distributes paper-, plastic- and polyethylene-based packaging solutions.

Caisse de depot et placement du Quebec is a long-term institutional investor that manages funds primarily for public and parapublic pension and insurance plans. In the press release, the company is said to have $286.5 billion in net assets. The Quebec Manufacturing Fund (QMF), a funding pool sponsored by the Caisse, also owns part of Gelpac. The QMF’s mission is to optimize the growth potential of Québec manufacturing companies.

“With its state-of-the-art plants, seasoned management team and highly qualified employees, Gelpac is well positioned to accelerate its growth and ultimately conquer new markets,” Robillard said in the statement.