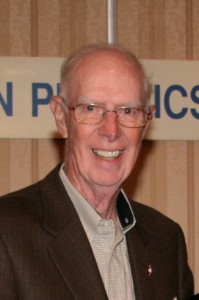 Winter, who died on September 23, was involved in the industry for over 50 years, perhaps most prominently as the former owner of Toronto-based injection molder and moldmaker Universal Gravo-Plast Inc.

After graduating from the University of Toronto in 1960 with degrees in business and engineering, Winter spent 18 years working for various raw materials firms. In 1978, he partnered with another investor to buy thermoplastic material supplier Aclo Compounders Inc., of Cambridge, Ont.

Winter acquired Universal Gravo-Plast in 1986. In 2005, he sold the company and retired, but that didn’t end his involvement with the industry: he went on to become president of the Canadian Plastics Pioneers organization in 2008, a position he held until his death.

In 1984, Winter received a Canplast Award from SPI Canada (now the Canadian Plastics Industry Association); and in 1989, the Society of Plastics Engineers presented him with an Outstanding Achievement Award.