The deal moves New Brunswick-based Soleno further into the the plastics recycling industry. 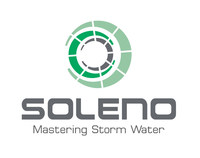 In a move that further positions it in the reycling sector, Canadian plastic pipe maker and cleantech company Soleno, said to be one of the largest recyclers of HDPE in Eastern Canada, has acquired Plastiques VPC, a start-up specializing in the recovery of oil-contaminated plastics.

Plastiques VPC is headquartered in Saint-Henri, Que., and in a news release, officials with New Brunswick-based Soleno said the deal “will position the province of Quebec advantageously in the recycling industry.”

“Annually, in Quebec and the Atlantic Provinces, more than 3.5 million kg of oil and antifreeze containers can be recycled,” the news release said. “By acquiring Plastiques VPC, [we] will be the only company in Eastern Canada able to recover materials from these territories in a fully integrated manner, while ensuring exemplary traceability from the beginning to the end of their life cycles.”

Soleno represents a group of four business units, including Soleno, Soleno Recycling, Soleno Service and Soleno Textile, which employs 500 workers in nine industrial sites in Quebec, Ontario, and New Brunswick. The company manufactures and distributes a wide range of products for the collecting, conveying, treating, and storage of stormwater for the infrastructure, residential, natural resources, and agricultural sectors. The majority of Soleno’s products are made of HDPE.