ORBIS Corporation, a manufacturer of plastic recycling bins and organic barrels, has named its Toronto injection molding facility as the company’s 2016 Plant of the Year. 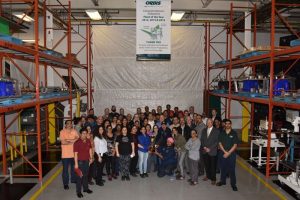 Receiving the award on the ORBIS Toronto shop floor.

The Toronto plant was one of ORBIS’ 11 manufacturing facilities considered for the award, and was selected primarily for what ORBIS calls its “impressive safety record, sustained employee engagement, superior operational performance, and strong customer focus.”

“Best-in-class manufacturing is critical to our leadership in the reusable packaging industry,” said Bill Ash, ORBIS president. “This year, the Toronto plant is being recognized for this caliber of performance.”

The Toronto injection molding plant manufactures bakery trays, distribution totes, environmental bins/carts, and beverage shells. It employs more than 140 workers. This is the third Plant of the Year award the Toronto facility has received – it previously won the award in 2012 and 2015.

Headquartered in Oconomowoc, Wis., ORBIS is a leading manufacturer of plastic returnable/reusable products for use in a wide range of material handling applications.