NPE2018 sells out its exhibit space

Exhibit space sold out at the space draw, which was held in March. The show returns to Orlando from May 7-11, 2018.

For the first time ever, exhibit space for the NPE trade show in Orlando, Fla. has sold out. 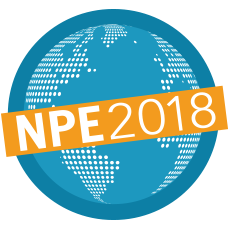 Sell-out status was reached during the space draw for the show, which was held in Orlando from March 20-22.

“We anticipated NPE2018 would break the record we set in 2015, but it’s incredible that we exceeded our numbers during the space draw, a full 14 months ahead of NPE2018,” said William Carteaux, president and CEO of the Plastics Industry Association, which organizes the show. “The industry leaders and decision makers who come to NPE2018 actively seeing new technology solutions will absolutely find them among our diverse, bustling exhibit halls.”

In a statement, the Plastics Industry Association said that it will work to accommodate exhibitors still waiting for booth assignments with limited availability in several technology zones.

“Additional exhibit space could become available in the coming weeks for potential exhibitors who weren’t slotted during the space draw,” the statement said. “Applicants unable to secure booth space on the exhibit floor will be contacted in order of space draw pick in the event of changes or cancellations.”

NPE2018 will be held at the Orange County Convention Center in Orlando from May 7-11, 2018. The show is expected to draw more than 65,000 people from processors, materials suppliers, machinery makers, and other plastics industry professionals.