Canada and Mexico remained the top export markets for U.S. equipment suppliers in the fourth quarter, the report from the Plastics Industry Association said.

North America shipments of primary plastics machinery for injection molding and extrusion rose by double-digits in the fourth quarter of 2020, marking their third consecutive quarter of growth, according to statistics compiled and reported by the Plastics Industry Association’s Committee on Equipment Statistics (CES).

According to the stats released on Feb. 16, the preliminary estimate of shipment value from reporting companies totaled $US376.8 million, which was a 22.9% increase following a 15.8% increase in the third quarter. Compared to the fourth quarter of 2019, plastics machinery shipments increased by 19.3%. The value of shipments of single- and twin-screw extruders rose 31.6% and 4.5%, respectively, in the final quarter of 2020. Shipments of injection molding equipment jumped 23.1% from the previous quarter and were 21.2% above the fourth quarter of 2019. 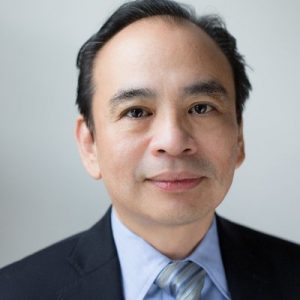 “The three consecutive quarters of double-digit increases in plastics machinery shipments underscores the importance of plastics machinery not only in the plastics industry but in the manufacturing supply chain of the economy considering that most plastics are used in manufacturing,” said Perc Pineda, Ph.D., chief economist at the Washington, D.C.-based Plastics Industry Association. “We were hoping to see an increase in shipments of machinery in the fourth quarter as the economy stayed in the recovery cycle and that’s exactly what we got.”

“The value of shipments of plastics and rubber products in December was 1.1% lower than a year ago – much less than the 11.0% decrease in April year-over-year due to the pandemic,” Pineda said. “Against the backdrop of a recovering domestic and global economy, the growth momentum in plastics end-markets that began in the second half of 2020 is expected to continue through 2021, which should sustain a steady demand for plastics materials and resin, products, machinery, and mold for plastics.”

The CES also conducts a quarterly survey of plastics machinery suppliers that asks about present market conditions and expectations for the future. In the coming quarter, 96.0% of respondents expect conditions to either improve or hold steady compared to a year ago; that is higher than the 76.0% that felt similarly in the third quarter. As for the next 12 months, 86.0% expect market conditions to be steady-to-better, slightly lower than the 89.8% in the third-quarter survey.