Hasenfratz began the Guelph, Ont.-based auto parts maker as a one-man operation in his basement in 1966. 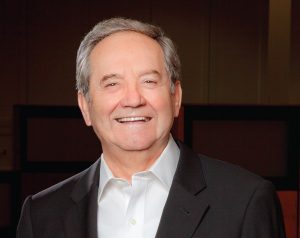 Frank Hasenfratz, the founder of the Guelph, Ont.-based automotive parts maker Linamar Corp., passed away on Jan. 8 in Guelph at age 86.

Born in Hungary in 1935 and immigrating to Canada in 1957, Hasenfratz began Linamar as a one-man operation in the basement of his family home north of Guelph in 1966, drawing on his experience in toolmaking and machining. The name Linamar is a combination of the names of his wife Margaret and his daughters Linda and Nancy.

Hasenfratz took Linamar public on the Toronto Stock Exchange in 1986 and acquired Skyjack, a company making elevating work platforms, in 2001. In 2003, Linamar bought McLaren Performance Technologies to bolster its engineering capabilities and in 2007 and 2013, Ford’s All Wheel Drive division and the camshaft department of German auto supplier Mubea joined the company.

Hasenfratz retired from Linamar in 1997. Over the course of his career he was honoured as the Canadian Entrepreneur of the Year, inducted into the Canadian Manufacturing Hall of Fame and the Canadian Business Hall of Fame, and was appointed to the Order of Canada in 2016.

His daughter Linda Hasenfratz is the current CEO of Linamar. Linamar currently manufactures and supplies products to automotive and industrial markets, and has two divisions, Powertrain/Driveline and Industrial. Linamar is said to be Canada’s second largest auto parts maker with 26,000 employees worldwide.