The contract, worth $13 million, includes key production and delivery of 325,000 organic rolling carts intended for the implementation of a new composting program beginning in summer 2017 in all single-family homes of the city.

“This new contract allows us to consolidate our leadership in the municipal sector across Canada,” said Paul Palazzo, vice president, sales and marketing of the IPL Environment division. “This contract, and others to be announced, will help us increase production in our plants and accelerate the growth of our company.” 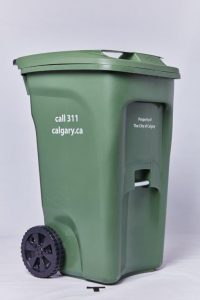 In addition to food waste, paper plates and napkins, will be composted, as will grass, tree branches and pet waste. The program was initiated as a pilot project in 2012, which allowed residents to test new habits, leading them to reduce their garbage by nearly half.

Headquartered in Saint-Damien, Que., IPL manufactures and markets over 400 products for the packaging, materials handling, and environmental sectors. The firm employs approximately 400 workers, and also has plants located in Edmundston, N.B., and Lee’s Summit, Missouri.