The Quebec-based industry association will cease operations on Dec. 31. Its signature ECOresponsible program will continue under the guidance of Quebec’s Council of Sustainable Industries.

Quebec’s FEPAC (Federation of Plastics and Alliances Composites) association will close its doors at the end of this year.

Founded in 2008, the Boucherville, Que.-based association said in a statement that its mandates – which included creating such programs as the Plant-School and the ECOresponsible certification programs – have been completed.

“Now that all mandates have been completed, and also because of the variety of offerings available from several other active associations, the FEPAC Board of Directors has therefore decided to discontinue its activities as an NPO and close FEPAC as of December 31, 2016,” the statement said.

The ECOresponsible program covers multiple facets of organizations and principally addresses two levels of sustainability certification: companies or one or more eco-responsible products in compliance with determined criteria including eco-design and life-cycle analysis. The program provides companies with a methodology and a toolkit to support them through each step of their process that allows them to display the “ECOresponsible” logo. The Plant-School program provides learning plans for new employees, as well as a skills enhancement plan for current employees.

FEPAC founder and president Pierre Fillion left the association earlier this year. Fillion was a well-known plastics industry veteran, having served as director of industry competitiveness with the Canadian Plastics Industry Association beginning in 2001. Fillion later went on to become the head of the CPIA’s Quebec office. He left that role in December 2007 and founded FEPAC the next year. 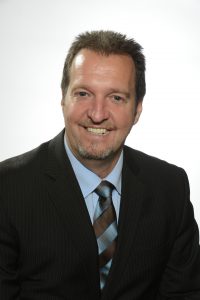 Fillion is now the president and CEO of the Council of Sustainable Industries (CSI), which will take over and ensure continuity of the ECOresponsible program. The CSI is also headquartered in Boucherville.