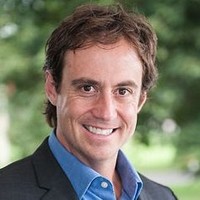 Giroux, who is currently the EMC’s national director, skills and talent development, takes over from Shawn Casemore, who has acted as EMC’s interim president for the past two years.

With an extensive career in the manufacturing sector, Giroux’s experience combined with his exposure to EMC, positions him well to ensure his success in the role of President of EMC, said Al Diggins, EMC Chairman of the Board.

“In bringing Jean-Pierre into the role of President, we bring someone from EMC who understands today’s manufacturing industry challenges and opportunities and is committed to ensuring our members have the tools, resources and support necessary that will help them achieve short-term and long-term success,” said Diggins.

Founded in 1997 and headquartered in Owen Sound, Ont., the not-for-profit holds EMC provides knowledge, expertise and industry resources for nearly 13, 000 consortium and online member manufacturers, in 60 consortium regions and spanning more than 450 communities across Canada.