Held in Ottawa and Gatineau on September 20, the run drew close to 25,000 people and raised approximately $400,000 for Soldier On and the Military Families Fund, two Canadian Armed Forces financial support programs. 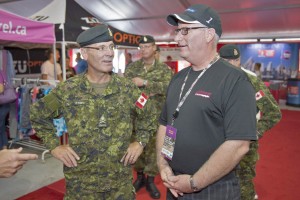 CPIA and Wittmann Canada, which is a CPIA member company, joined forces with Canada Army Run to capture and recycle the plastic bottles and containers, thermal blankets, paper and organics collected at specially marked collection centres.

“CPIA was thrilled to be part of the expansion of the Army Run’s recycling efforts,” said Krista Friesen, the CPIA’s vice president of sustainability. “We wanted to support efforts across Canada to develop away-from-home recycling infrastructure so that it mirrors what many residents are used to at-home.”

The CPIA is headquartered in Mississauga, Ont. Wittmann Canada is based out of Richmond Hill, Ont.