A chemical engineer, Noble co-founded Carlew Chemicals – later known as Synergistics Industries Ltd. – and became the Society of Plastics Engineers' first president from outside the U.S.

Ralph Noble, a pioneering member of Canada’s plastics industry who became the Society of Plastics Engineers’ first president from outside the U.S., died on August 6, at the age of 89, in Rigaud, Que. 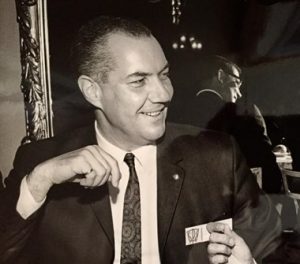 Born in Oshawa, Ont., Noble graduated from the University of Toronto in 1950 with a degree in chemical engineering, and then worked in sales positions for B.F. Goodrich and then CIL, the Canadian subsidiary of Britain’s Imperial Chemical Industries plc. In 1958, Noble partnered with Wilf Jonah and Creighton Gillis to form Carlew Chemicals, which produced plastics compounds for the packaging and wire and cable industries from its Mississauga, Ont. headquarters. During his tenure at the Canadian compounder, Noble was a pioneer in plasticizers in flexible compounds. Carlew was eventually renamed as Synergistics Industries Ltd., and Noble became its president and CEO in 1983. In 1988, he oversaw Synergistics’ acquisition by material supplier PolyOne Inc.

Noble had a long involvement in the SPE, which spans North America, Italy, and Japan. In 1970 he was named as the SPE’s first non-American president. The SPE Canadian division granted him a Lifetime Achievement award in 1996, and he was also awarded SPE’s Businessman of the Year Award in 1991. Noble was also active in SPI Canada – the forerunner of the Canadian Plastics Industry Association – where he won the CanPlast Award in 1971 and a Lifetime Achievement Award in 1996.

Capping his distinguished career in plastics, Noble was inducted into the Plastics Hall of Fame in 2009.