A machinery salesman and business owner, Stephen also served as a three-time chairman of the Plast-Ex trade show. 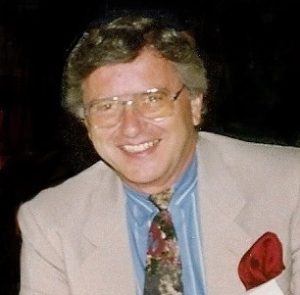 Peter Stephen, a longtime Canadian plastics machinery salesman and business owner, died on Feb. 18 at his home in Gravenhurst, Ontario. He was 86.

A mechanical engineer, Stephen began his 40-plus-year career in the plastics sector in 1965 by joining Toronto-based machinery sales firm Danson Corp. He worked his way up to become Danson’s vice president of sales, and when owner Barney Danson entered federal politics in 1972, he was one of a group of employees who bought the company and kept it going. At its peak in the mid-1970s, Danson was the largest plastics machinery sales firm in Canada.

In the mid-1980s, Stephen struck out on his own and founded Markham, Ont.-based Stephen Sales Group, which became the Ontario or Canadian sales representative for such brands as Cincinnati Milacron and Van Dorn Demag in injection molding machines, Davis-Standard extruders, and Conair Group auxiliary equipment. During his career he served as the chairman of the Plast-Ex trade show in Toronto in 1995, 1998, and 2001, becoming the first person to fill that role for more than one consecutive edition; received two Canplast Awards for industry volunteer work from the Canadian Plastics Industry Association; and served as the vice president of the Canadian Plastics Pioneers organization.