Coxhead has been involved in PET molding since 1982. 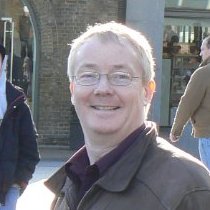 Coxhead has been involved in PET molding since 1982, when he started with Husky Injection Molding Systems. After 23 years with Husky, he worked for Milacron and then Athena Automation Ltd.

“From injection molding machines, robots, auxiliary equipment and molds, Bruce has over 30 years in new product development,” Amsler said in a statement.

Headquartered in Richmond Hill, Ont., Amsler manufactures blow molding machines and ancillary equipment such as leak testers and spin trimmers. The firm was founded by Werner Amsler in 1994.