Canadian blown film equipment maker Brampton Engineering Inc. (BE) has been purchased by Davis-Standard LLC for an undisclosed prince. 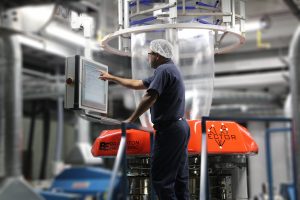 An operator programming a BE Vector air ring.

“Davis-Standard is a global leader in plastic extrusion technology, and we are proud to join their team,” Gary Hughes, CEO of BE, said in a statement. “Davis-Standard brings resources and support to our business to better serve our customers worldwide, and we are excited about the solutions we can present together.”

The purchase of BE comes on the heels of Davis-Standard’s recent rebranding efforts unveiled at the NPE2018 trade in Orlando, Fla. last month. The company unveiled a new logo, slogan, and website.

Davis-Standard has manufacturing and technical facilities in the U.S., Canada, China, Germany, Finland, Switzerland, and the UK.