Robert Krycki, a well-known member of Canada’s blown film industry, passed away at age 74 in Welland, Ont. on Oct. 23, after a battle against three types of cancer. 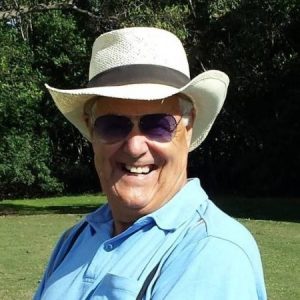 Krycki began his extensive career working in the plastics industry for blown film and bag manufacturer W. Ralston & Co. He started building equipment in his spare time, and in 1978 he founded Brampton, Ont.-based Future Design Inc., one of Canada’s most important blown film equipment manufacturers. Future Design placed an emphasis on the repair and replacement of blown film line components, and is particularly well known for its Saturn family of air rings. Krycki also invented and patented the Saturn Evacuation System, which reduced the amount of airborne contamination that fills a plant during the blown film extrusion process.

Krycki retired from Future Design in 2008, and was awarded a Lifetime Achievement Award from the Canadian Plastics Industry Association in that same year; but he didn’t retire from the industry. Krycki remained active as a consultant, and in 2014 he founded Resin 2 Revenue Consulting Inc. in Brampton, which helped companies in the plastics industry plan for equipment purchases; and he also served as a consultant for blown film die maker and service provider Cyber Plastic Machinery Inc., which was founded in Brampton in 2015 by his daughter Dawn Krycki and Liviu Sas.