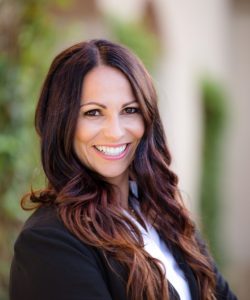 Absolute Haitian, the distributor of Haitian and Zhafir injection molding machines in the U.S. and Canada, has named Brigitte Rodriguez as its new regional sales manager for British Columbia and Alberta, as well as the U.S. states of Arizona, California, Nevada, Oregon, and Washington.

Rodriguez has more than 15 years of plastics industry experience, the company said in a statement, including a degree in Industrial Technology Management and Plastics Processing from the University of Wisconsin – Platteville. Rodriguez holds a Lean Manufacturing bronze certification from the Society of Manufacturing Engineers and is a member of SME. She is trained in RJG Injection Molding and Six Sigma.

“We partnered with Brigitte earlier this year to be one of our sales representatives in Southern California but we quickly realized her ability to partner with injection molders to solve problems and improve production could help molders throughout the Western Region,” said Glenn Frohring, one of the owners of Absolute Haitian. “She is an energetic leader and we look forward to the impact she will have on our business.”