Call it a blend of red wine and cold beer: France-based robot and automation maker Sepro Group has come to Canada.

With 20-year manufacturing industry veteran Firaz Sharaf as its national sales manager, Sepro Canada is the latest in a long line of Sepro daughter companies. Founded in 1973, Sepro created the first three of its subsidiaries in 1990: Sepro Germany, Sepro United Kingdom, and Sepro Spain. Sepro America was established in 2007 and is located in Warrendale, Pa., just north of Pittsburgh. Other daughter companies are located in Benelux, Mexico, Brazil, and China. 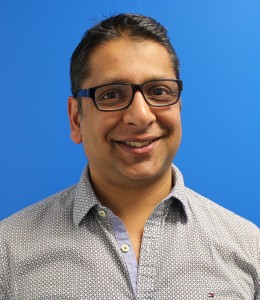 “Establishing a Canadian company is the final stage of our three-step process of creating a complete North American footprint,” said Jim Healy, vice president of sales and marketing at Sepro America. “It’s something that Sepro has been planning for awhile, and now the time is right: globally, Sepro has now had three consecutive years of record sales, and Canada has been part of that. We believe it’s time for this investment.”

Until now, sales of Sepro robots and automation in Canada were handled by local representatives working with Sepro America. “We’ll continue to work with our Canadian sales reps moving forward, but it’s important to us to have a physical presence in the country, and to have Sepro Canada as a separate entity that can provide one-one-one sales and service,” Healy said.

With no immediate plans for assembly of automation systems in the Montreal office, sales, parts, and service are Sepro Canada’s prime directives. “Sepro Canada already has one service technician located near Toronto, and we’re planning to add a second in the near future,” Sharaf said. “Between the technician and myself, we can be in instant contact with our customers in Canada; and Sepro America is also maintaining its existing 24/7 hotline to the U.S., so our Canadian customers have an additional layer of support.”

The entire Sepro lineup of 3-, 5-, and 6-axis robots, as well as side entry robots and sprue pickers, are available through Sepro Canada, Sharaf added.

“Sepro Canada was created to grow the Canadian market, and the staff is committed to that goal,” Healy said. “Our intention has always been to be number one in North America, and this is the next step.”