As part of a plan to promote from within, vehicle part makers Teijin Ltd. and Teijin Automotive Technologies has announced a series of leadership transitions.

Effective April 1, Teijin Limited will name Akimoto Uchikawa as its new president and CEO, replacing Jun Suzuki who will remain with the company as chairman of the board. 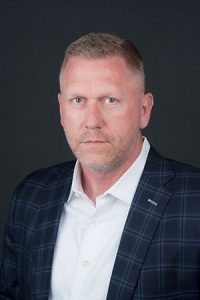 “Chris and I are closely aligned with our strategic direction and vision for the organization,” Rooney said in a Feb. 7 news release. “This transition period prior to my retirement will enable Chris to continue his oversight of the manufacturing side of the business while taking on an even greater leadership role. I am confident that Teijin Automotive Technologies will continue to be a recognized global leader in sustainable, lightweight composites under Chris’ capable leadership.”

Twining, who has been with the company since 2001, has served in a variety of leadership positions, most recently as COO, and previously as vice president of operations, and regional director of operations.

The news release also said that the strategic direction of the company will remain the same during this transition period, “with a continued focus on sustainability, materials R&D, and applications engineered to meet the rapidly changing needs of the mobility industry.”

Headquartered in Auburn Hills, Mich., Teijin Automotive Technologies has 29 operations in 8 countries and employs more than 5,000 people. The company develops and produces composite components, including carbon and glass fiber, for the global automotive and transportation industries.