Ford Motor Co. took home the top award for its entry in the body exterior category, a structural front-end module with loose layer construction on the 2018 Expedition.

Some of the world’s biggest international automotive companies, as well as a few Ontario moldmakers, have been given awards at the Society of Plastics Engineers’ 47th annual Automotive Innovation Awards Gala.

Held on Nov. 8, the SPE Automotive Innovation Awards program is designed to honour the best companies in automotive plastics, and is the oldest and largest competition of its kind in the automotive and plastics industries.

Nine category winners were announced, including the Grand Winner, as well as the Vehicle Engineering Team Award, and Hall of Fame award. 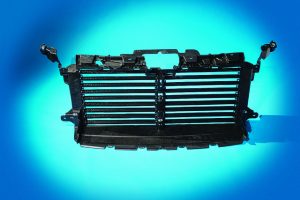 All photos courtesy of SPE 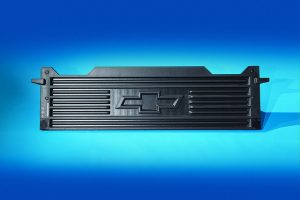 GM won for the twin-sheet thermoformed integrated floor bedliner divider on the 2017 Chevrolet Silverado pickup. The TPO material is from A. Schulman Inc., and the tooling was supplied by PendaForm Corp. 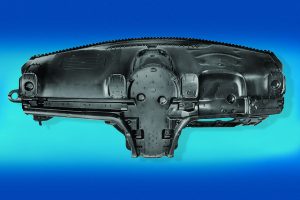 BMW AG won for the instrument panel carrier on the 2017 Mini Countryman. An innovative process combined with lightweight-enabling materials from Sabic has helped reduce the part’s weight by about 15 per cent versus a comparable solid plastic component. The injection molded part uses a high flow concentrate long glass fiber-reinforced polypropylene (LGFPP) material (Stamax resin) from Sabic and a dedicated masterbatch solution in a structural foaming process with core-back technology. The toolmaker is Christian Karl Siebenwurst GmbH & Co KG. . 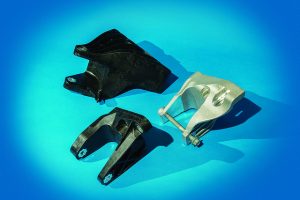 GM won for the powertrain mounting clevis bracket on the 2017 Cadillac XT5, which the automaker said is the first composite mount designed for a six-cylinder engine. The injection molded part offers improved corrosion resistance and can be recycled at end of life. The material used was BASF Corp.’s Ultramid resin, and the tooling was supplied by Hutchinson SA. 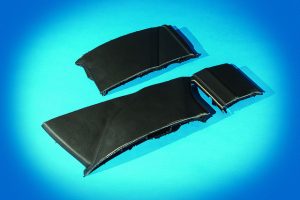 Ford won for the next-generation sustainable content bio foam used on the 2018 Fusion. According to Ford, the castor oil-based foam offers a lower molded density and an improved bond strength compared with petroleum-based foams. Material was supplied by BASF, and the tooling from International Automotive Components. 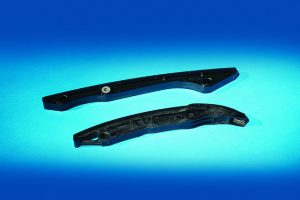 Ford won for the use of a low-friction, modified nylon resin for chair tensioner arms on the F-150 and Mustang. DSM supplied the modified nylon, and the tooling was supplied by BorgWarner Inc. 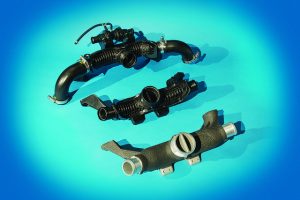 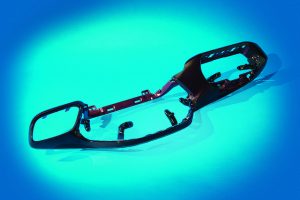 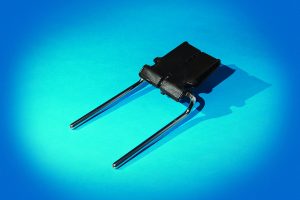 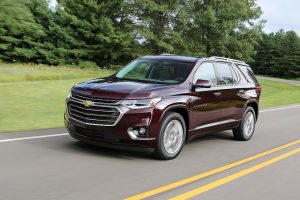 General Motors Co. won for its 2018 Chevrolet Traverse, which incorporates thin-wall, long glass fibre-reinforced polypropylene on the floor console carrier, as well as what GM said is the first serial production nylon clevis bracket. The use of plastics and components contributed to performance enhancements, weight savings and improved fuel economy. 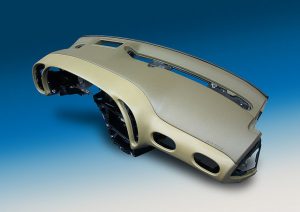 GM won for the thermoplastic polyolefin skin used on the instrument panel on the 2000 Pontiac Bonneville. In 1999, GM won SPE’s Most Innovative Use of Plastics Award in the body interior category for its use of TPO on instrument panels.