Called Arburgadditive, the subsidiary is based out of the company’s headquarters in Lossburg, Germany.

Injection molding machine maker Arburg GmbH + Co KG has founded a new subsidiary to house all of its activities related to additive manufacturing under one roof.

Called Arburgadditive, the subsidiary is based out of the company’s headquarters in Lossburg, Germany. The managing director will be Dr Victor Roman, who is set to join the company on Dec. 1, 2021. 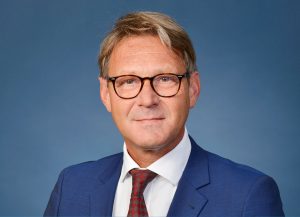 Arburg says the new subsidiary builds its footprint in additive manufacturing – also known as 3D printing – which began with the launch of its Freeformer 3D printer in 2013, and expanded when Arburg later acquired additive manufacturing component maker innovatiQ. “The logical next step was to combine the full range of additive manufacturing activities under one roof with the aim of strengthening this business field and paving a path towards a successful future,” Arburg officials said.

Over the course of 2022, Arburg’s Plastic Freeforming division will switch entirely over to the new company. This division now has around 40 employees working in sales, development, application technology and assembly. “innovatiQ GmbH + Co KG, which currently employs approximately 25 staff members, will remain an independent company based in Feldkirchen, near Munich, but will be affiliated with Arburgadditive GmbH + Co KG,” Arburg said. “innovatiQ managing director Florian Bautz will in future report to Dr Roman.”